A ‘Standard’ Versus a Motion Graphics Video Production 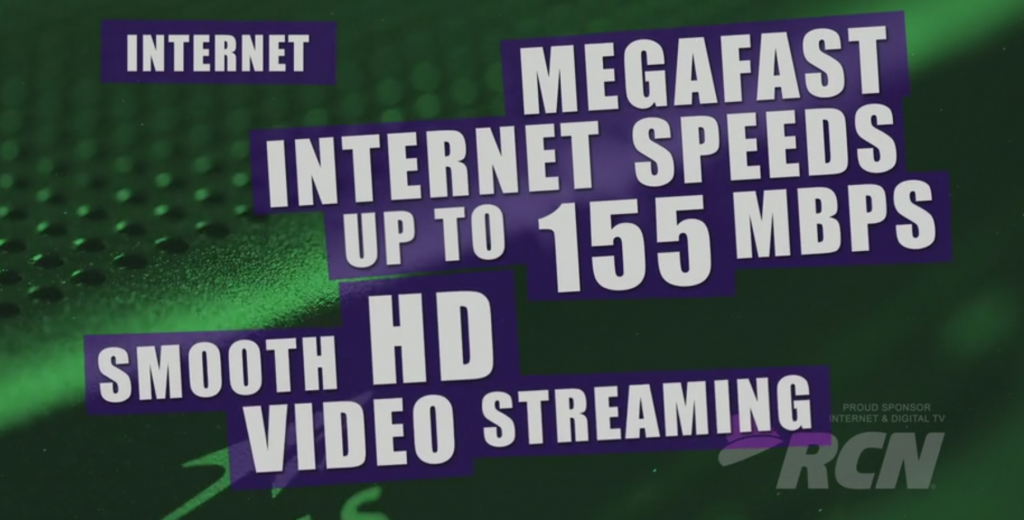 We just finished producing a 30-second motion graphics video production for RCN, the telecommunications company that provides telephone, internet and digital services for consumers and businesses who live and work along the lakefront on the north side of Chicago.

The spot will be broadcast by Live Nation at the Chicago House of Blues and other venues on a loop. We wrote the script, used the colors and branding that they had requested, and after the script was approved, completed the project in about a week.

We were going to use actors, locations and other ‘ingredients’ to produce this commercial, but weather concerns and other factors moved us to use motion graphics instead. So I thought it would be instructive to discuss the pro’s and con’s of using purely motion graphics and animation versus the more traditional approach to video production.

Advantages of a Standard Video Production

When I say ‘standard’, I’m referring to a typical production where you have cameras, talent, props, lights, audio and other factors involved. One of the real positives about a standard video is that people are in it. And people just love to see other people. So when a person is in a video, they capture the attention of the viewer better than anything else. Studies show that print ads featuring people sell much better than using text or graphics.

As I alluded to above, with a motion graphics video, you don’t have to worry about actors, weather conditions, locations or other ‘iffy’ considerations. You have total control over all aspects of the project. You choose the colors, branding, style, pace, and other elements that will be included. If you don’t like something in the video, you can change it, whereas with a standard video, once production is done, it’s done. You’re more or less stuck with what you’ve shot unless you want to bring your actors back to the set, hire the crew and redo the shot – which never happens!

Another wonderful thing about motion graphics is that you have tremendous freedom to create whatever you want. With motion graphics and animation, you can show products morphing, buildings appearing out of nowhere, and anything else your imagination can conjure, that you simply can’t do with standard video.

Next week I’ll discuss more about motion graphics and how we were able to create our commercial. If you have any questions about creating an effective video production for your business, email me at irwin@video1pro.com or call 773 252-3352.