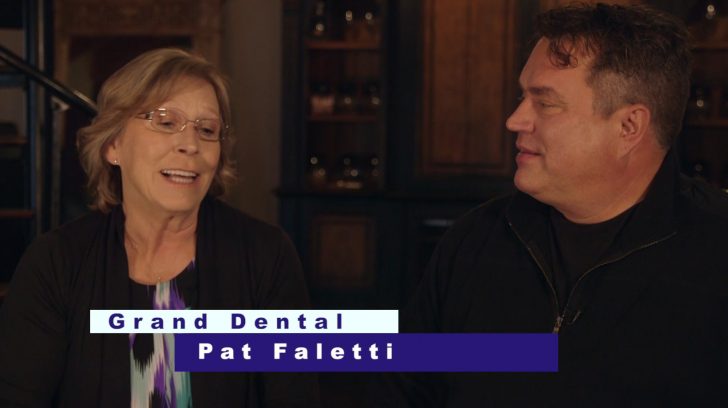 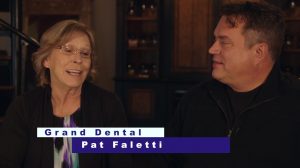 We were contacted by Grand Dental Group to produce a series of testimonial videos at their office. Actually, a consultant from Pennsylvania found us on the internet and hired us for the project. We sent our camera crew out to their Aurora office and filmed testimonials for two days. We also obtained b-roll, cutaway footage of their office for an eventual promotional video. 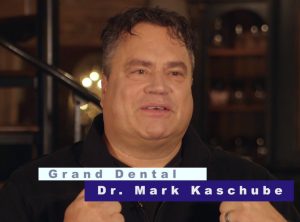 Dr. Mark Kaschube is their skilled dentist who provided the services. Judging from the testimonials from his patients, I’d say he did a great job. Watch our video and you’ll see what some of his patients have to say about his great service!

They had the budget for a two person camera crew that consists of a videographer and an audio person to monitor the sound. The videographer has to focus on getting the right shot for the video. The audio persons role is to listen intently to make sure that the sounds of airplanes, ambulances, air passing through vents, and other distractions to make sure that the person speaking on camera is clearly heard. Our videographer can shoot and listen at the same time. However, it helps the production if there is someone else checking the sound as well. 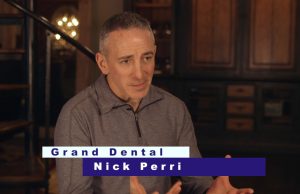 Having a two person crew is also helpful when there are multiple setups at a location and lighting has to be taken down and established again. A lighting assistant who doubles as someone who monitors the audio can be a cost effective approach for clients. When our videographer has help during a shoot, having help can allow the production to go more quickly, thus avoiding having us come out another time to obtain all of the footage.