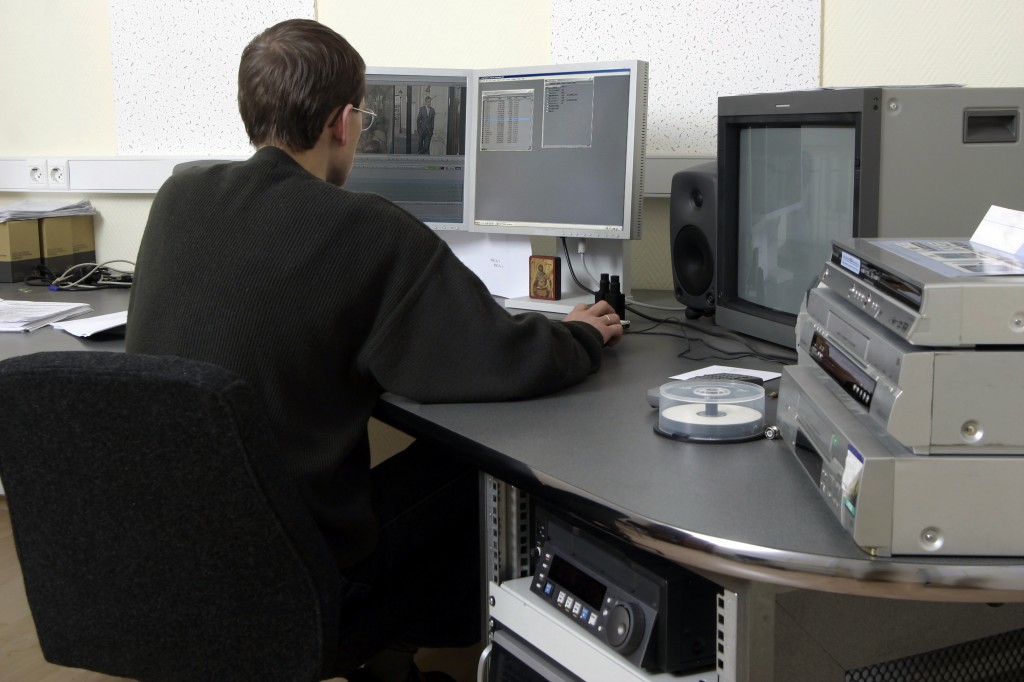 There are many ways to approach video editing. One approach is to look at it like Michael Angelo did. When asked how he approached sculpture he said he just took the excess granite away to reveal God’s work inside. Not that your video is revealing God’s work, but one way to approach the editing process is to see the raw footage as something to be whittled down into a masterpiece after you’ve shot it.

Keeping with that thread, just add some motion graphics, text, voice over, music and perhaps a few more bells and whistles and bingo, you have a completed production. Don’t get me wrong. That’s a legitimate way to approach video editing. That approach particularly works with a documentary film where you don’t always know what you’re going to shoot until it’s done and the production is mainly content driven. You let the subject take you where it leads you. At least that’s the most honest way to approach a documentary in my opinion.

However, if you’re going to produce a promotional video, everything should be more controlled, planned out and ultimately have lots of appropriate pizzazz.

Step 1: Have a Vision for your Video Production

What will it look like? Go to YouTube and find examples of the type of production you would like to emulate. You don’t have to copy everything. Maybe you like the overall style, the way they use graphics, or certain transitions between shots they may be using. View many YouTube videos and pick different elements that you like. That’s what we suggest to clients. This helps us understand their vision, which translates to that 6 letter word, b-u-d-g-e-t.

Sometimes a client will want a video that would cost $8-10,000 to produce, but their budget is only $4,000. That’s when we have to get creative and present choices for the client to make. But by their sending sample videos to us that they like gets the conversation started. So that’s what you should do whether you’re producing a video on your own or hiring a professional video production company.

Step 2: Get Organized for Video Editing

Once you have the vision and approach nailed down, it’s time to get organize everything. This is called pre-production. Here’s where you write your outline, then your script, identify actors, voice over, text elements, motion graphics, music, etc. At the front of your mind you should always remember who you are targeting and how best to reach them.

You want to have an emotional as well as an intellectual impact on them. A young audience will generally appreciate a fast pace with contemporary music. Engineers might be approached differently than tradespeople. For instance, engineers might be more analytical and want to see proof of research, while a tradesperson might be more focused on how something works, how long it will last, etc. Not that these are mutually exclusive audiences, it’s just that the emphasis should be skewed differently for different audiences. But make sure that you really know your audience and aren’t making assumptions. For instance, joining LinkedIn user groups is a good way to get the pulse of a business or industry.

When you’re writing your script, be as descriptive as possible regarding how you will edit your final video. For instance, in the visual portion of the script you may write, ‘separated logo elements tumble in from top, bottom, left and right to form logo. Then it moves to the lower right of the screen’.

That’s the kind of detail that avoids confusion, especially if there are several people involved in the approval process. Being as specific as possible will avoid hearing, “But I thought…” from your boss, committee or decision making parties. It will also help you think things through more thoroughly.

If you are looking for a professional Chicago video editor contact Irwin Myers at (773) 252-3352 or visit video1pro.com.