In part one of “Video Editing Training Videos,” we talked about the use of motion graphics, animated text and b-roll. Part two will talk about the importance of audio, audio problems to look out for, lighting and other tips to make your training video engaging.

Audio is as Important as the video!

Audio is an often overlooked ingredient in a training video. Though there are some audio filters you can use, never believe that you can fix bad audio in the post production phase. Filming the presentation without putting a mic on the presenter is not a good idea because chances are that the audio will be bad and distracting. Shooting ‘out of the air’ gives the audio an echoey, tinny and/or otherwise unprofessional sound quality.

However, if you are faced 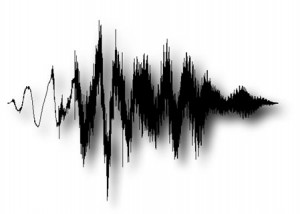 with the task of video editing a training video with bad audio, there is help. As I mentioned, there are audio filters that can tweak the audio to some degree, but unless you have a sound studio at your disposal, the audio will never sound natural or as good as it would if you used a proper lavaliere mic for the speaker.

Audio problems that could occur during video production

One of the ways to prevent or short circuit audio problems is to use headphones or have a dedicated audio person monitoring the sound. If someone has the sole job of monitoring sound, you can bet that they will hear things that no one else will hear during the shoot. If it’s a controlled shoot, where you can retake a shot, the audio person can yell ‘cut’ and you’ll have a chance to get the shot again – without the distracting sound. The trouble is that if you don’t wear headphones or have that sound person, everyone will hear the sound problem after your video is edited – which you don’t need in a training video or any other type of video production for that matter!

Lighting is, obviously, an incredibly important part of production and editing. If the footage is under-lit, it will distract from your overall video. This is sometimes an issue when filming a training session with PowerPoint slides. Everything is well lit when the speaker starts his or her presentation. But shortly afterwards, someone turns down the lights! Yikes! Where did the speaker go?

The obvious way to prevent this from happening to you is to discuss the lighting situation beforehand. Perhaps you can light the room half way, where it’s still good enough to see the presenter, but also good enough to watch the slides.

One way to deal with this is to have the lights on so that the presenter is well lit, but just shoot the PowerPoint for reference and edit the slides in later.

If you do have to brighten up some video, it is possible with filters, but when you brighten up the image, you lose some resolution. So it’s best to think through the lighting before the shoot, rather than trying to fix something in post production.

You can use actors to role play. John Cleese from Monty Python’s Flying Circus had a company called Film Arts that used to produce lots of training videos. One thing they did was to show what not to do and then show what to do. This was a very effective approach, as the ‘not to do’ portion of the video was often hysterical and though exaggerated, made the point of what not to do. Then they’d show what to do just to make sure people got it. This is a great technique to use, especially for customer service training videos.

Another idea could be to have popup over people’s heads to show what they are supposedly thinking. Or use on screen text to ask questions. Perhaps freeze the frame and superimpose questions for the viewer to ponder.

If you are considering creating training videos for your business and need assistance, contact Video One Productions at (773) 252-3352 or irwin@video1pro.com.